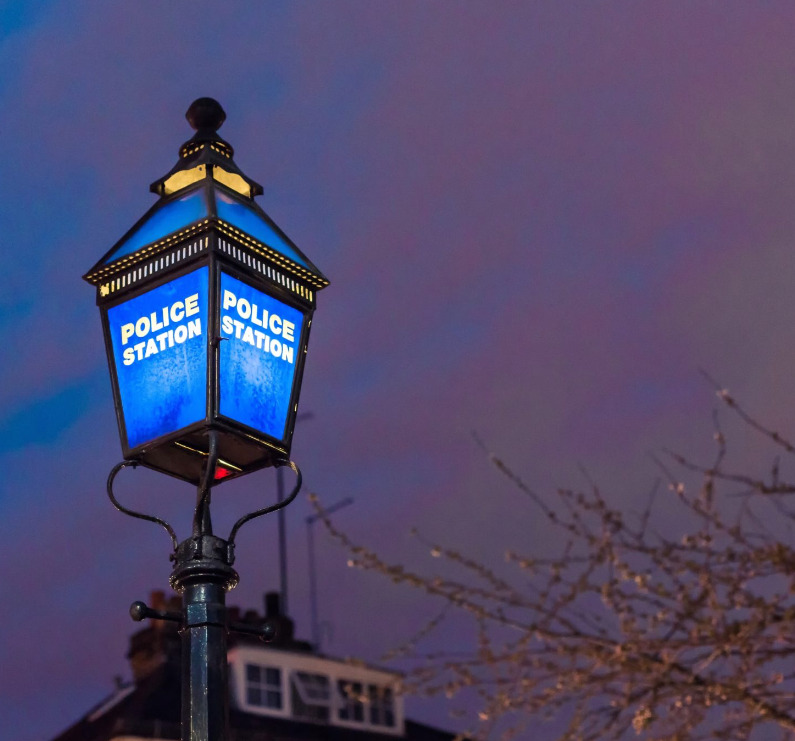 7 Steps to Prepare for the Major / Deputy Chief Interview

Are you are seeking to ascend to the number two position in your agency? If so, much of what you learned about oral boards in the past will not apply. Yes, competency will still be a factor. Trust and working relationships, however, will also be very powerful forces in the deputy chief interview. Know your stuff and be prepared to present yourself as the best candidate in a multi-dimensional manner. How? By incorporating the following seven steps:

This does not mean that you should be preparing to over-throw the chief.  Rather, prepare for your interview as though you were being questioned on the responsibilities of the chief. This is especially true with regards to the chief’s internal responsibilities.  Chiefs spend much time tending to the political and community forces impacting the agency.  What a chief wants from the second-in-command is someone keeping the house in order in his or her place.  This allows the chief to deal with the daily and constant external demands.  You must demonstrate at your interview that you can do that.  Show an understanding for the chief’s responsibilities.  These are the responsibilities of the position you are seeking.  Do your homework.  Know all facets of your agency inside and out.  Let the chief feel confident that he or she can leave the operation in your hands when needed.

2. Demonstrate Support for the Chief.

Too many individuals see the number two position as their stepping stone to the number one position.  That may be the case, but the number one position should be earned in due time.  Chiefs are keenly aware of how vulnerable they are.  They are the lightning rod for the department.  They often find their position threatened by internal and external forces.  A chief does not need an overly ambitious second-in-command waiting for the chief to fail.  This position that you are seeking is vitally important for the organization.  You should only pursue this vacancy if you are prepared to support the chief and his or her efforts to run the agency.

3. Don’t Wait for the Deputy Chief Interview to Start to Prepare.

It is rare for an agency to use a scored process as the only measure to select the second-in-command.  Since most agencies do more, your interview started a long time ago.  Oral Boards often come in two designs, independent and internal.  With the independent you are not known to the panel members and are scored only on your presentation.  The internal, however, often has members from your agency, community or government making up part of the panel.  The instructions may be to only consider the content of the presentation.  It is, however, impossible to ignore other known factors about the candidate.  Know that the final decision maker most likely has been informally receiving information about you over time.  You must, therefore, be presenting yourself properly from today forward.  Don’t risk giving answers to questions that differ from behaviors you have shown in the workplace.  Bottom line, act like a deputy chief from today until – and beyond – the interview.

Beyond the interview, the decision maker (let’s assume it’s the chief) will be called upon to justify your promotion.  We make sense of the world through comparisons.  Therefore, others will be looking at you and your achievements to see how they stack up against your competition.  It is your job to be building a resume that accurately displays you as the most qualified candidate.  The resume serves as proof of your achievements and qualifications.  Make sure it is far and away better than your competitors.  Start taking steps now to address any weak spots in your resume.

Effective leaders have individuals wanting to follow them.  They follow willingly when they deem the leader to be competent and trustworthy.  Trust is earned as a result of your ethical behaviors.  The chief needs to be able to trust you so that he or she can let you function unattended.  That trust will stem from the behaviors that you have demonstrated over the years.  These behaviors should be honest, responsible, and aligned with the best interests of the agency.  You cannot undo the past.  You can, however, assure that all behaviors from today forward are ethical and in the agency’s best interest.

Let’s face it, leadership and management responsibilities can have some distasteful elements.  Tasks such as, recommending employees for discipline, cutting overtime, and denying time off come with supervisory positions.  Many of us do not want to be the bad guy when it comes to impacting those who work for us.  Sometimes it is more important for the good of the agency to address problems than to maintain friendships.  As you seek to elevate to the second-in-command position you should be able to demonstrate a track record of doing the right thing.  Although it may not be the popular choice, it serves as a record of your integrity and agency commitment.  Beyond that, at the interview you should articulate that you are prepared to do the unpopular tasks.  This shows your commitment to prevent the chief from getting mired in such issues.  You are there to assist the chief.  Show the panel that you know some of that will not be pleasant.  Show them you are prepared to assume such tasks nonetheless.

When that deputy chief or major interview comes, it is your opportunity to prove you are the right candidate.  You will want to mention detailed achievements that you have had as a leader in your agency.  Be specific because it increases the power of your communication.  To say “I have familiarity with the grant process,” is good.  To say “I have personally written three grant applications, all of which were approved.  The grants resulted in $125,000 in equipment purchases to advance incident command preparedness,” is powerful.  Create a clear and compelling picture during the interview process by citing evidence of your leadership success.

The interview is just one component of the selection process.  If the second-in-command position is your goal, take deliberate pre-interview steps starting today.  This will prepare you to present convincing evidence that you are the best candidate.

Police Oral Board, Interview or Assessment Center: Which process will you face?

What Questions Do They Ask At A Police Oral Board?

The Sergeant’s Oral Board: Preparing to be #1

How to prepare for your Police Captain Oral Board 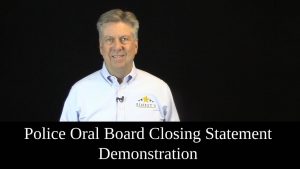 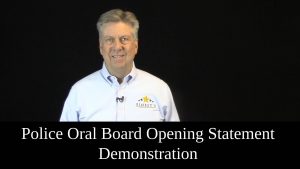 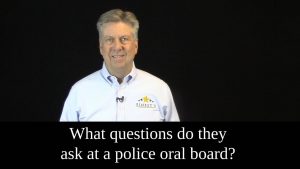 What Questions Do They Ask at a Police Oral Board? 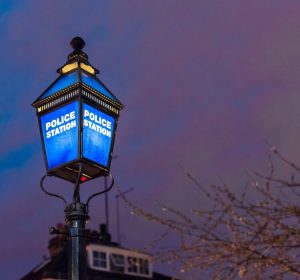 7 Steps to Prepare for the Major / Deputy Chief Interview 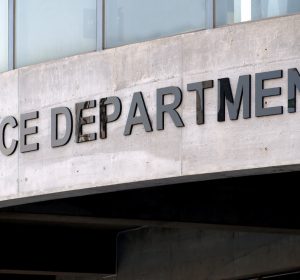 How to prepare for your police captain oral board